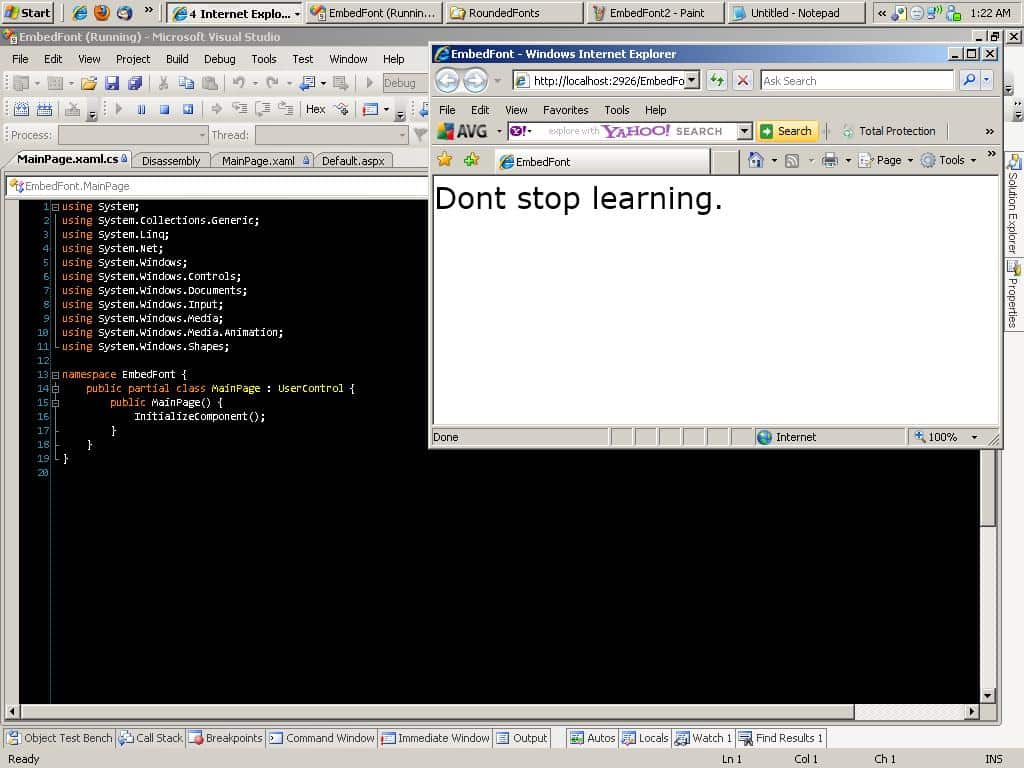 Very nice sans serif that works well for display. Comes in many weights. I’ve actually used this font a lot in WPF for display and had good luck with it. It’s a little square so it leaves the UI looking a little futuristic if you don’t manage the weights properly.

Light weight font. Very friendly (because of a big x-height for those who came to the design fundamentals workshop). Feels a little bit like an updated light futura. It’s may be too thin for display in WPF and SL because of the platforms tendency to thin out typefaces at render time.

Serif beta is a temporary name for this font which is theoretically still not finalized (thus the beta) but it’s a very cool multipurpose serif.

Perhaps my favorite open source font out there right now (and, incidentally) the font I used for my slides at MIX10. Very cool narrow gothic based on Alternate Gothic No.1, a typeface from the 1920’s.

A very “chunky” slab serif that is perfect for headlines. This is the font I used for the “Best Albums of 2009” app that I posted a few months ago.

This is a really nice humanist sans serif that would work great as a display font. It’s got a really unique shape for the lowercase “n” and “u” that makes it fairly recognizable.

Very unique sans serif. Would make a great headline or display. Released by the American Philological Society and has good Unicode support plus some interesting open type features.

Posted via email from Robby Ingebretsen

MIX 10: Ten Ways to Attack a Design Problem and Win