This is something quite amazing and it’s one of the earlier digital 3D films. It’s got that old look but that is because it is old. Created in 1972 by the founder of Pixar, Ed Catmull, and also Fred Parke and some help from my dad.

So as I said, it was in 1972 that Edwin Catmull and Frederic Park brought out the world’s first 3D film. It was a 6.5-minute film. It was an animated version that featured a version of Ed’s left hand. There was also the CG modeled face made by Fred Parke.

It’s decades from what is thought to be the first digitally rendered 3D film. You can say that most of this technology is still the basis for 3D animation today. An 8mm reel of tape was found and was digitized so that the world could get to see the film.

My visit to Pixmar was amazing, after all, it’s a subsidiary of the Disney company. We all know about how Pixar’s feature-length releases have achieved worldwide commercial success because of their amazing visual innovations and fantastic storytelling. Pixar originated at the New York Institute of Technology where a team of computer scientists contributed to computer graphics.

The best part of this film isn’t the 3D rendering but the outtakes and footage that have been interwoven throughout. This includes footage of a plaster rendition of Ed’s hand.

The film landed in my hands as my dad and Ed were good friends and also office mates at the University of Utah.

They were both doing upper graduate degrees in computer science.  Because of their friendship, my dad was responsible for the 3D morphing titles of the film. A few months later we took a plane to SFO for the tour. Ed spent an hour with us which was absolutely amazing.

He shared stories, gave advice about managing creativity, shared thoughts about the transition to Disney, and told stories about my dad. I said that we had an 8mm reel marked ‘hand’ in the family archives and that I could digitize- and share. So here it is. Even if it’s not the first digital 3D rendered movie, it’s one of the oldest.

I’m trying to stay out of the comments and let this conversation about the film unfold on its own. I wanted to draw attention to one or two things – some must-read comments from Fred Parke and from the families of some of the pioneering men of that era. Today we render 3D that is an order of magnitude.

It makes you excited about what the future holds. I also wanted to address the question of this video being a hoax but it isn’t and the below comments will confirm that. There are also detailed stories from those who were involved in the production of this film and others.

Silverlight Code Snippets for Dependency Properties and other Handy Stuff 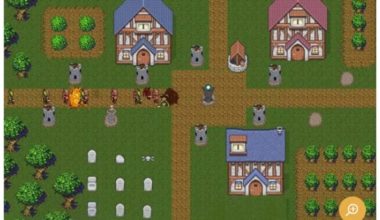 Read More
As a markup language, HTML5 presents content on the web being released in 2008. Making use of it,…
FFonts 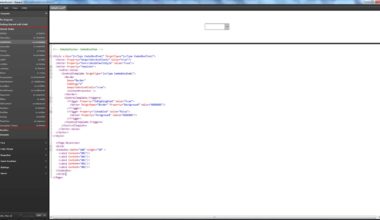 Read More
Pete inspired and motivated me to develop XAML’s Scruuber VS plugin. By XAML Scrubber, I mean the XAML…